10 Tips For Entrepreneurs Who Get Sick

10 Tips For Entrepreneurs Who Get Sick 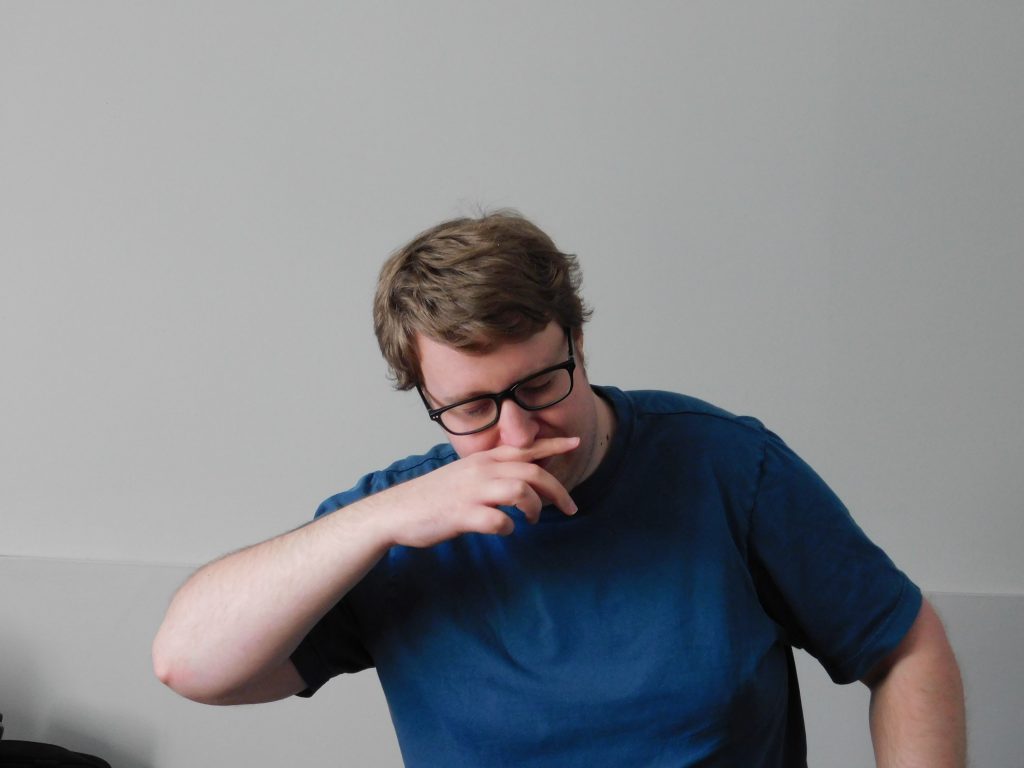 Last Thursday was the first time I ever took a “sick day” as an entrepreneur. It sounds weird to say that. After all, for an entrepreneur, when you get sick, you’re supposed to pull through it.

Learn to work with your illness and keep hustling.

But I couldn’t. I was sick. Real sick.

I’m not going to be diagnosing myself because chances are the internet would tell me it’s some kind of cancer. Which it isn’t. I know this because after “sleeping” for about a day and a half, I felt much better.

Sure, the illness I described may happen once in a blue moon, but there is a number of misconceptions about entrepreneurs and sickness we don’t consider. The biggest is the idea that we have to work through whatever illness we have while still working.

But sometimes we can’t do that in good conscience. Some sicknesses can get so bad you need operations or have to go to the hospital for a while. And in cases like mine, I needed that full day of laying in bed.

All that being said, when you do find yourself dealing with something more serious than a cold or the flu, here are some tips I suggest you consider. Best of all, some of these you can use when you are feeling better too.

My first tip to not get sick is to take vitamins. Yeah it sounds like an old person thing to do, but there so many kinds of vitamins out there. Not only that, but even the most healthy diets will lack vitamins, making you deficient in some areas.

Sure, they’re going to be minor, but it’s hard to argue to not take them. The more nutrients you take in your body is the difference between being healthy and catching something bad.

And if you’re still on the fence about it, keep in mind you don’t have to get every single one. That would be insane. Instead, I’d focus on some core vitamins. Now I’m no medical professional, but the ones I’m taking are:

If you’re someone who loves to cook, this shouldn’t be difficult to adopt in your diet. For those not familiar with Turmeric, it’s also one of the big ingredients used to make mustard. It can go in all kinds of dishes not just in condiments though. Some suggestions are:

But why use turmeric in the first place?

Well since it’s in my tip list it has some health benefits. In particular, it helps with boosting your immune system. It also has some anti-inflammatory properties as well.

While this is a common thing you’d do when you have a cold, it goes beyond that. We double down on vitamin C then to fight off a cold, but vitamin C overall is a vitamin that fights off any kind of illness.

You can never get too much of it, so make sure you’re getting enough of it. Usually getting an orange or some other high vitamin C foods will be good. Also, make sure it’s not in juice form. Fruit/veggie juice lacks the fibre, has more unhealthy sugar, and it’s not as filling.

Exercise A Bit When You Get Sick

This one is on a case by case basis depending on how sick you are. Last Thursday my exercise consisted of hourly visits to the kitchen, bathroom, and living room. Part of that was because of the flu sensation and the other few reasons are some tips I’ll be suggesting later.

But getting back to exercise, even that bit of walking can still be significant. Now that I’m feeling better, I’ll be doing more formal exercises.

When we are strengthening our bodies, we are equipping ourselves better to handle the attacks and threats of our body as well. After all, exercising pushes our organs and muscles which are used to tackle all kinds of issues.

One thing I will note though is when you are sick, do limit your exercising. You do not want to be causing too much strain on your body. Remember that working out is the act of you injuring your body so that your body can repair itself. If you’re already sick, your body is tasked with handling that illness first.

Stress comes part of the territory of an entrepreneur. But like all of our problems, how we handle, manage, and react to it is within our control. With stress, my suggestion is to find an activity to help you let it out.

For some it’s yoga. Others it’s going for a walk and getting fresh air, listening to music, meditating, writing, or venting. Whatever you do, find a healthy method.

Here are some things you can consider to manage stress.

Take Time For Yourself

Getting back to what I said at the beginning about misconceptions, many entrepreneurs are like that. Often times we don’t think that entrepreneurship has psychological effects on people. But it does.

There are several perks to running a business, but so many of us are often sleep-deprived, over-caffeinated, financially constrained, and undernourished, we drive ourselves into these sick states often.

The only reason I’m not boils down to this tip. That and many other factors. I’ll be honest I’m not someone who pulls 50+ hour work weeks, let alone 40 hour work weeks. Looking over my work history, I’d say I’m averaging about 20 hours or so.

My point with this is that it’s easy for us to get wrapped up in our business and begin to ignore everything around us. It’s during those moments where everything starts going downhill.

When we don’t take time to look after ourselves, we’ll fall under various addictions. Some people will think immediately about smoking, drugs, or alcohol, but eating disorders are big too.

What’s important is that when we start to see those things, we can address those issues. Not only that but we can prevent them by setting time for ourselves and focusing on other areas of our lives. It’s why I’m getting back to improving my health.

When You Get Sick, It’s Not The End

What I mean by this is to not milk a bad situation. While I understand serious illnesses – especially those that can lead to death or inability to work at all – are bad, they don’t always spell the end.

In 2015, an entrepreneur named Kelsey Ramsden wrote about her experience battling cancer while running a business. There are some good words of wisdom in there on what to do if you get sick but the key is that cancer wasn’t the end of her story.

I find for entrepreneurs this tip comes in handy because, as I mentioned above, we can drive ourselves into a state of constant work. Neglecting everything around us. When we get sick, our mind believes this is the end and that we’re done for.

This is the response you’d have when you drive yourself into a corner and have run out of options. You and you’re thinking is what brought you to that point.

When You Get Sick, You Stay Hydrated

When I was sick and wandering around my apartment a little bit, one thing I did was drink water. I was at the point where I was thinking I had the flu and water would help flush it out. But the reality is that water was helping me flush out whatever was making me think that.

Plus whatever other gunk was in there.

Point is, water helps a lot when you get sick. Even when you’re not sick, it’s a smart beverage to be consuming. Our body needs it for all kinds of daily functions so make sure you’re drinking up.

Use Technology Where You Can

I remember when my dad was in the hospital about four years ago they had him in the hospital for several days. He has a day job, but he has a side business as a violinist around town.

I remember visiting him once while he was there. He was working away on his music on his tablet. He wasn’t in there for cancer treatment, but the doctors wanted to keep him around the hospital for a while in case something happened to him.

The point of this story is the fact that even if you’re in a hospital these days, it doesn’t always mean your entire business screeches to a halt right then and there.

Even if you are like me or my dad – flying solo – there are plenty of ways to work around it. Similar to working out, you won’t be able to do everything in your condition, but if you think you can manage some of it, it never hurts to try. All you need to do is be mindful and not go too far that you risk hurting yourself or get sick even more.

When You Get Sick, Let Key People Know

My final tip I’ll provide is when you do get sick, make sure to let people know. Of course, you want to let friends and family know, but I’m referring more to the business side of things.

Make sure your clients know that you’re sick.

Now I’m not saying to air this out to every single client you have. You want to bring this up to clients that you’ve worked with for a while. After all, for a solopreneur, the people that you worked with for a long time are like family in a sense.

They’re not about to abandon you, especially when you tell them the specific situation you’re in. For newer clients, you can keep it formal and say you’ll be out for a few days.

This tip is important for a few reasons:

Handle Yourself When You Get Sick

Sickness is inevitable and there are times where it hits us harder than ever. During those times, I hope that you keep these tips in mind. If it’s something like I had, be sure to rest up as much as possible. And while you are recovering, some of these tips could very well help you in recovering.